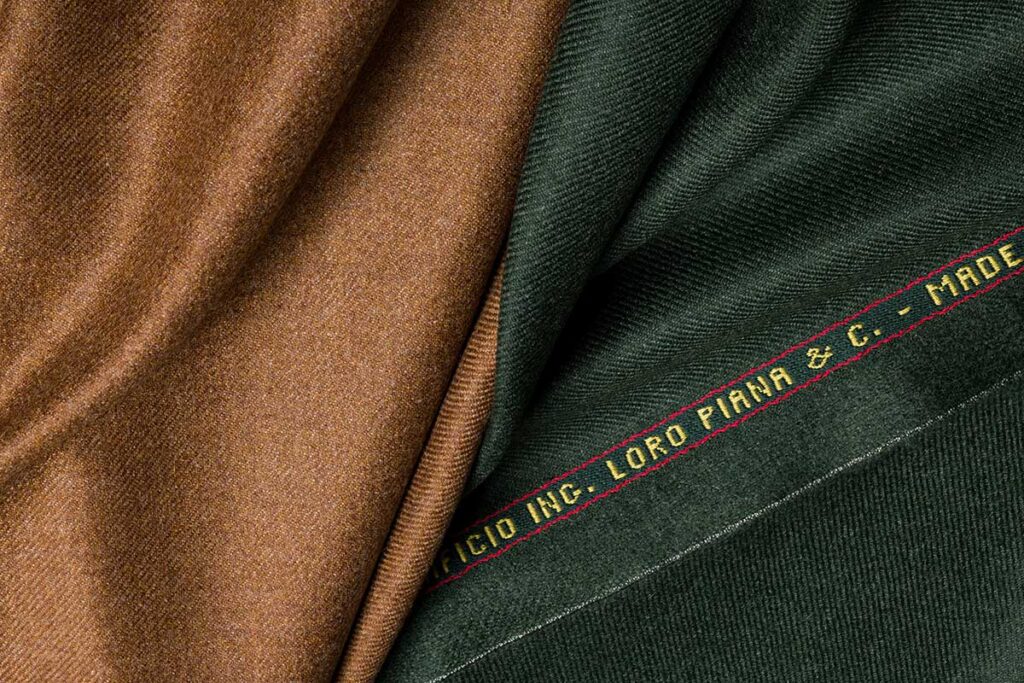 Originally from Trivero (a district in north Italy famous for textile production), the Loro Piana family started as merchants of wool fabrics at the beginning of the 19th century.

In the second half of the 19th century, the family moved its activity to Valsesia and founded the Lanificio Fratelli Lora e Compagnia, followed by Lanificio di Quarona di Zignone & C. at the beginning of the 20th century. Franco Loro Piana, Pier Luigi’s father, started exporting fine fabrics in the 1940s and Pier Luigi and his older brother, Sergio, joined in the 1970s.

On 8 July 2013, LVMH purchased 80% of Loro Piana for €2 billion, the rest of the shareholding remaining in the Loro Piana family’s hands.

In 2017 the Loro Piana family reduced their 20% ownership holdings to 15%. Specifically, Pier Luigi Loro Piana cut his holdings down to 5 percent, While the family of Sergio Loro Piana still own their original 10 percent.

Since 2000, Loro Piana has sponsored an annual prize for the best bale of wool, which produces enough fabric for 50 men's suits. Generally, it is worn by an Australian or New Zealand woolgrower.

In 2008, the company paid a record 48,000 cents per kilo for a bale of superfine merino wool averaging 12.5 microns produced by Peter and Greg Munsie and Phil and Judy Fittler of New South Wales.

Many celebrities have been known to adorn themselves with Loro Piana, including Angelina Jolie, Brad Pitt, Tom Cruise and Bradley Cooper.

Loro Piana is the Rolls Royce of fabrics - Italian craftsmanship with a reputation for producing the most exclusive luxury suiting cloth in the world.

We are proud to offer a selection of Loro Piana fabrics including luxury cotton, wool & cashmere flannel, Cashmere Cloud and Zelander wool men's suiting fabrics for your every tailoring need.

Loro Piana fabrics are manufactured in a way that ensures the lowest possible impact on the environment.